Despite not staging any of its international TVC events in Germany for almost a year, EB has remained very active in the region with three Elite Fight Night (EFN) events over the past year helping to strengthen the local leagues. On February 15 at the Congresscentrum in Heidenheim, the most recent EFN event resulted in a double victory for EB when EB-Bulgaria star fighter Anton Petrov won the 4-man tournament staged by EB-Germany. 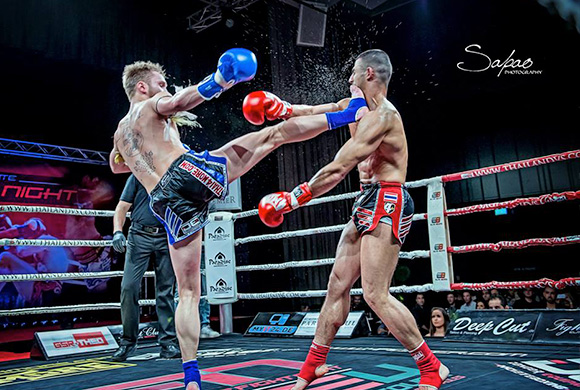 In the first semi-final of the EFN 4-man tournament last Saturday, Maxim Fedorkov (Kingz Gym / Germany) and Rhassan Muhareb (Mikenta / Denmark) went head-to-head. Fedorkov quickly gained the upper hand over Muhareb, who suffered a cut to his forehead early in the fight. Although the Dane gave his all, he could not turn the tide and was beaten by a unanimous decision. 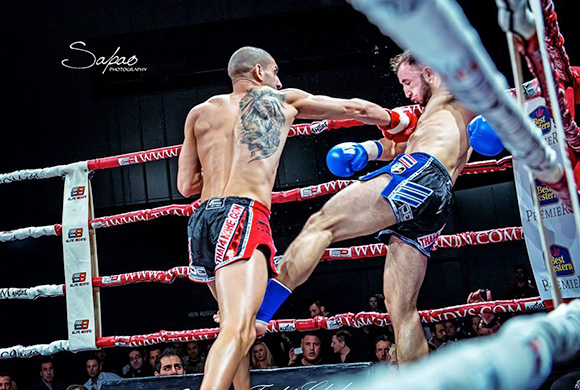 In the second semi-final, fight fans were treated to a powerhouse pairing of Anton Petrov (Bulgaria) and Ruslan Taktharov (Austria). Taktharov was in fact a last-minute stand-in for his teammate Sasa Jovanovic who was forced to withdraw. The Bulgarian Petrov took control of the fight right from the beginning with a very strong display that was just too much for the Austrian. Despite his best efforts, Taktharov was no match for the Bulgarian giant who qualified easily for the final. 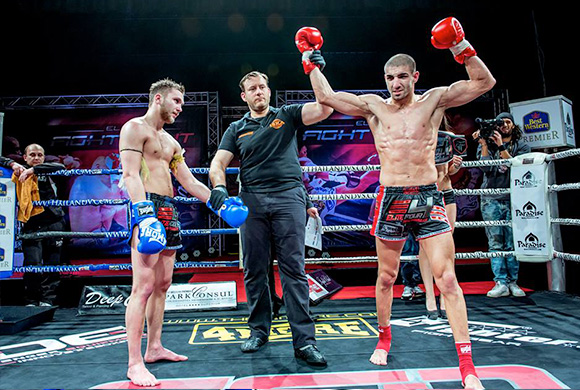 For the final, Fedorkov Maxim represented the host country in a match-up against Anton Petrov of Bulgaria. Petrov continued where he left of in the semi-final with a strong start against his German adversary. Having clearly lost the first round, Fedorkov tried to pick up the pace in round two, but he failed to bother Petrov who looked comfortable and still in control. With the home crowd behind him, Fedorkov refused to give up and gave his all in the third round, but it was all to no avail as the officials judged the fight 2-0 in Petrov’s favor. 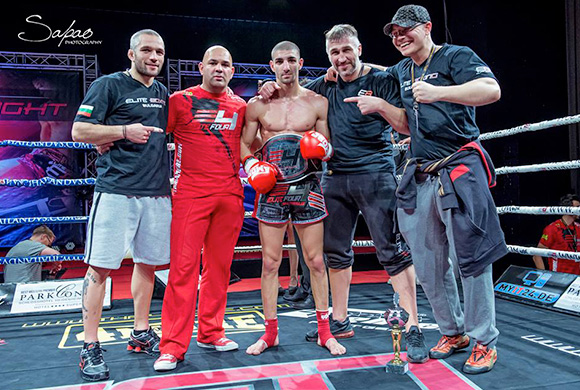 EB Managing Director Toli Makris spoke of his delight at the success of not only the latest EFN event but also the EB network. “I would like to say a big congratulations to Serdar Karaca (Head of EB-Germany) for staging another great event, and I also want to congratulate Anton on his win. It’s really a triumph for the whole EB network and shows how well EB is doing with our fighter development and fighter exchanges.”